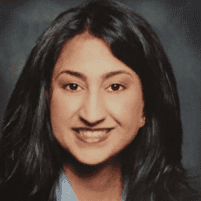 Did you know that fibroids are the most common type of tumor that occur in the female reproductive system? Dr. Darshna Chandrasekhara at Gateway OB/GYN in Irving, Texas, helps diagnose and treat her patients suffering from this condition. If you think you might be suffering from fibroids, call Dr. Chandrasekhara or request an appointment online.

Made of fibrous connective tissue and smooth muscle cells, fibroids are compact tumors that develop in your uterus. Fibroids can range in size, from as small as a pea to as a large as a baseball. Most often benign, these growths can be the underlying cause of your infertility.

What are the symptoms of fibroids?

Some women experience mild symptoms, while others suffer from severe, disruptive symptoms. You could have fibroids and not show any symptoms at all. Although everyone may experience the symptoms differently, the most common symptoms for uterine fibroids include:

How are fibroids diagnosed?

Fibroids are most often found when Dr. Chandrasekhara performs a routine pelvic and abdominal examination. She may detect a firm, irregular pelvic mass. Other diagnostic procedures for uterine fibroids may include:

How can you treat fibroids?

Most of the time your fibroids will stop growing or even shrink the closer you get to menopause. Dr. Chandrasekhara can monitor your symptoms to ensure that are no significant changes or developments and that your fibroid isn’t growing. If you’re suffering from a large fibroid or it’s causing severe pain, treatment options include:

Who is most at risk for developing fibroids?

Women approaching menopause are at the greatest risk for fibroids because of their long exposure to high levels of estrogen. Women who are obese and of African-American heritage also seem to be at an increased risk for developing fibroids as well.

If you think you might be suffering from fibroids, don’t hesitate to call Dr. Chandrasekhara, or schedule an appointment online.a